The Buzz: A ROSE BY ANY OTHER NAME….

What do the names narghile, shisha, bori, goza, kalien and ghelyan all have in common? They are the various names for a hookah, a device invented about 400 years ago in India. The device is gaining in popularity around the world even in America where 15 to 41% of young adults have tried this method of smoking. A hookah uses charcoal to burn tobacco and filter smoke thru a water containing vessel. The tobacco is often flavored with apple, cherry, jasmine and many other fl avors. Hookah parlors provide a social atmosphere for smokers since bars and restaurants now prohibit smoking. Smoking tobacco with a hookah is somehow thought to be safer than smoking a cigarette.

However, hookah smoke is associated with 2.5 times the amount of nicotine and 25 times the amount of tar. There is almost 11 times more carbon monoxide in hookah smoke than in a regular cigarette. There have even been some cases of carbon monoxide poisoning from frequent hookah smoking. Not surprisingly, the atmosphere in a hookah parlor contains high levels of particulate matter, carbon monoxide, and carcinogens, making working in these parlors hazardous to your health. We really need to stop looking for a safe way to inhale burning tobacco leaves. Ifran Shaik, the Indian physician who invented the hookah 400 years ago for his leader King Akbar, has left the modern world with another device which can cause disease, suffering, and early death, all in an effort to make an inherently dangerous habit safe. 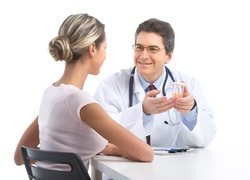