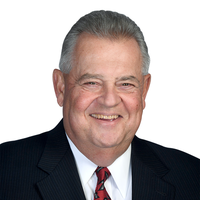 Dr. George M. Zlupko is the senior partner and founder of Altoona Lung Specialists. He is the Director of the Lung Disease Center of Central Pennsylvania, which he founded in 2011. He also founded the Lung Disease Foundation of Central PA. In 2017, Dr. Zlupko developed and now has a patent pending for the Pursed Lip Breathing Device, a tool designed to aid those who suffer from Chronic Obstructive Pulmonary Disease (COPD). Many of the current advanced procedures used locally in pulmonary medicine had their beginnings more than thirty years ago when Dr. Zlupko arrived in Altoona to add knowledge, direction, and expertise to the critical care unit and respiratory care department of the Altoona Hospital. He brought with him the techniques of fiber optic bronchoscopy, followed by navigational bronchoscopy, and the new technique of Endobronchial Ultrasound was most recently introduced by his son, Dr. Michael Zlupko. Dr. Zlupko received the 2017 Blair County Chamber of Commerce’s Small Business Person of the Year award. Dr. Zlupko’s vision and foresight in building the Lung Disease Center in downtown Altoona has provided him credit by many as a frontrunner for the recent rebirth and growth of the area. He supports numerous community and academic projects and events, including Juniata College in Huntingdon, PA., where he is an alumnus. He studied at Juniata College in Huntingdon, Pennsylvania, and attended medical school at Thomas Jefferson University in Philadelphia. Dr. Zlupko’s internship was performed at Misericordia Hospital in Philadelphia, and his residency and pulmonary training were at Mercy Catholic Medical Center in Darby, Pennsylvania. Dr. Zlupko is Board Certified by the American Board of Internal Medicine, the American Academy of Wound Management, and the American Board of Preventive Medicine in Undersea and Hyperbaric Medicine. He is licensed to practice medicine by the State of Pennsylvania. Dr. Zlupko enjoys the distinction of being a Fellow of the American College of Chest Physicians (FCCP). Dr. Zlupko has privileges at UPMC Altoona, Tyrone Hospital, HealthSouth Rehabilitation Hospital, the James E. VanZandt VA Medical Center, and J.C. Blair Memorial Hospital. He also serves as the Medical Director for 365 Hospice. Dr. Zlupko is renowned on the East Coast as a guest lecturer/speaker for medical professionals on subjects ranging from COPD and Lung Disease to smoking cessation. He was born in Chester, Pennsylvania, and he and his wife, Sandra, reside in Altoona, where they raised their four sons, all of whom are now grown.