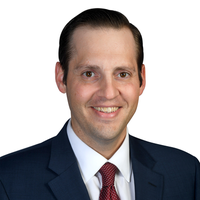 Dr. Michael C. Zlupko joined the Altoona Lung Specialists in 2013. He graduated summa cum laude with a Bachelor of Arts in Biology from Franklin and Marshall College in Lancaster, PA.  Dr. Zlupko received his medical degree from the University of Pennsylvania School of Medicine in Philadelphia, PA. He performed his internal medicine residency at the University of Virginia in Charlottesville, VA., and completed his pulmonary and critical care training at the Cleveland Clinic Foundation in Cleveland, OH. Dr. Michael C. Zlupko is Board Certified by the American Board of Internal Medicine in Internal Medicine, Pulmonary Disease, and Critical Care Medicine.  He is licensed to practice medicine by the State of Pennsylvania with privileges at UMPC Altoona, Tyrone Hospital, the James E. VanZandt Veterans Memorial Hospital, and J.C. Blair Memorial Hospital. Dr. Michael C. Zlupko was trained in the bronchoscopic technique of endobronchial ultrasound during his fellowship at the Cleveland Clinic; a technique he brought to the local community utilized for biopsy and staging of lung disease.   Dr. Michael C. Zlupko was born and resides in Altoona, PA with his wife, Erica, who is also from Altoona, and their two daughters.